Huge thanks to the 199 businesses that took the trouble to fill in the online questionnaire. We’re now crunching the data and will be reporting on the results in our March and April editions.

Five participants were selected at random and will each receive a Coravin, courtesy of our survey partner Hatch Mansfield.

Every year The Wine Merchant conducts a reader survey. It’s the biggest study of the independent wine trade in the UK and the results help us gauge how the sector is performing. It also provides some valuable insights into where it’s heading.

If you’re a specialist independent wine merchant, with physical retail premises, we’d be grateful if you could spare 10 minutes to take part. Last year more than 180 businesses did just that and we reported on the results in our March and April editions.

Once again our partners are Hatch Mansfield, who have generously agreed to send a Coravin to five randomly-selected participants.

The organisers of the London Wine Fair have launched a competition for the UK wine trade: the Wine Buyers Awards.

The Independent Retailer Buyer category will be run in partnership with The Wine Merchant and judges will include two of the industry’s biggest names, including Ruth Yates, who founded Corks Out in 2003, and was formerly a buyer at Greenalls and The Warehouse Wine Company; and Alistair Marshall, former buyer for Adnams.

The London Wine Fair will also host The Wine Buyers Conference, a new initiative which will take place immediately prior to the awards, at Olympia on Tuesday, May 19.  The conference will be aimed at the next generation of senior buyers and will be designed to inspire and guide those embarking on a buying role.

Those wishing to enter can do so via www.winebuyersawards.co.uk. The deadline is January 20 and the initial round of judging will take place in February.

LWF chief Hannah Tovey says: “2020 will see The Fair celebrate its 40th anniversary, a milestone which we wanted to mark by recognising those wine professionals whose daily decisions actually shape the UK’s wine industry – the buyers.

“Launching what will become an annual award is a great reason to celebrate the wine industry at large and reward those key players who excel in creating trends and adding value and innovation to the UK’s wine lists and shelves.

“The indie sector has arguably never been stronger.  In recent years there has been a proliferation of cool new independent wine shops, focused on innovative, hard-to-find wines coupled with a great shopping experience. We look forward to rewarding the best independent retail wine buyers and inspiring the next generation.”

Corks Out has closed two of its remaining four branches as part of a dramatic shake-up of its ownership structure.

The Knutsford and Chester sites have ceased trading. A new company, owned by Richard Wood, is now running the Stockton Heath and Alderley Edge branches.

It’s understood that a board meeting took place on November 11 in which the decision was made to put the company into receivership. Three days earlier, the leases, assets and stocks of the Stockton Heath and Alderley Edge branches were sold by auctioneers to Corks Out (Warrington) Ltd, a company incorporated on August 29.

Ruth Yates, who founded the business and established it as one of the highest-profile names in the independent trade, had been a minority shareholder since 2013 when she sold a majority stake to the Wood family.

A rights issue in November 2018 diluted her shareholding to less than 25% and since that time Yates says she has had limited access to company accounts or trading information.

Ruth Yates, her husband Richard Yates and daughter Hayley Staunton had been involved in a legal dispute with the business, claiming unfair dismissal in September 2018. The family say they are consulting lawyers about the courses of action now open to them.

Yates told The Wine Merchant it was “a very sad time it is for me personally at the moment” and that she “wishes all the employees well for the future”.

Beaujolais Nouveau is showing signs of a comeback in the independent trade, with dozens of merchants planning to get behind the new wines when they arrive on November 21.

Just a few years ago the category seemed in danger of extinction in the UK, but many specialist retailers say there is a consumer appetite for a wine that has seen a surprise revival in its fortunes, partly on the back of a less gimmicky style than has traditionally dominated the market.

Matt Tomas of Vinoramica in east London says: “Personally I love it. We like to get in a few cases and sell it over a few days. It always seems to go down quite well.

“I think it’s shaken off a bit of an image problem it maybe had a few years ago. People are definitely interested in lighter, slightly lower ABV reds, even in the winter.

“I think the growers are releasing decent quality Beaujolais Nouveau and it’s good to enjoy it when it’s there. Generally, the slightly younger age group, between 25 and 45, are the ones who have got excited about it. They are more curious and tend to buy it without any of the baggage.”

Greg Andrews of DVine Cellars in south London says: “We do something with Beaujolais Nouveau most years and it’s always good fun.

“We use the event to broaden people’s understanding – they understand the difference between the crus and the Nouveaux once they’ve been told, but I don’t think the level of knowledge is necessarily there at the moment. I’m seeing cru Beaujolais become a little more popular in light of the escalating Burgundy prices.

“This year the plan will be to have three Beaujolais Nouveaux as well as a showcase of cru Beaujolais; a Morgon, a Fleurie and maybe a Saint-Amour.

“The suppliers I’m working with have all been positive about the ’19 vintage – even more so than last year’s I’d say. I think the quality has improved over recent years – it’s a lot more serious. It’s not just a whim for the cool kids or the traditional francophiles either. I’ve been surprised that the demographic who are interested are mostly drinkers in their 40s.”

Devon merchant Christopher Piper has been making wine in Beaujolais for almost half a century. The majority of his wines are Brouilly, Morgon and Beaujolais Villages – he began making Beaujolais Villages Nouveau 15 years ago when he started to view it not just as a “cash cow” but rather a “legitimately interesting drink, created for the Lyonnaise market in the 19th century”.

Piper has witnessed the rise and fall in the fortunes of Beaujolais Nouveau and is confident that the region as a whole is now back on track and ready to take its rightful place on the world wine stage.

“There’s a lot of good things going on in Beaujolais,” he says. “People realised the whole of Beaujolais had to improve, not just Beaujolais Nouveau. One of the biggest issues was over-production and yields have been radically reduced. If you compare now with the end of the 1990s, even early 2000s, yields have dropped by 20% per hectare and an enormous amount of vineyards have been grubbed up.

“I think the young winemakers are making a huge effort to concentrate on quality and grow their vines on fairly difficult steep slopes compared to a lot of regions in France.

“The new generation of winemakers have different ideas of how to make wine, and they’ve travelled. But it’s not necessarily a question of age. There are people who have changed their whole viewpoint – there are people in their 50s who are quite radically forward thinking. It’s about people opening their eyes, realising the region has huge potential and trying to grab it and run with it.”

Modern Beaujolais Nouveau can be a very different animal to what was knocked back in the 80s. “We’re after red fruits, dark fruits, the floral side of it,” says Piper. “I will ferment my Beaujolais Nouveau for six or seven days. We don’t do too much pumping over or extraction – we want it to be fruit-forward and tannin-guarded, but also to be a serious wine.” 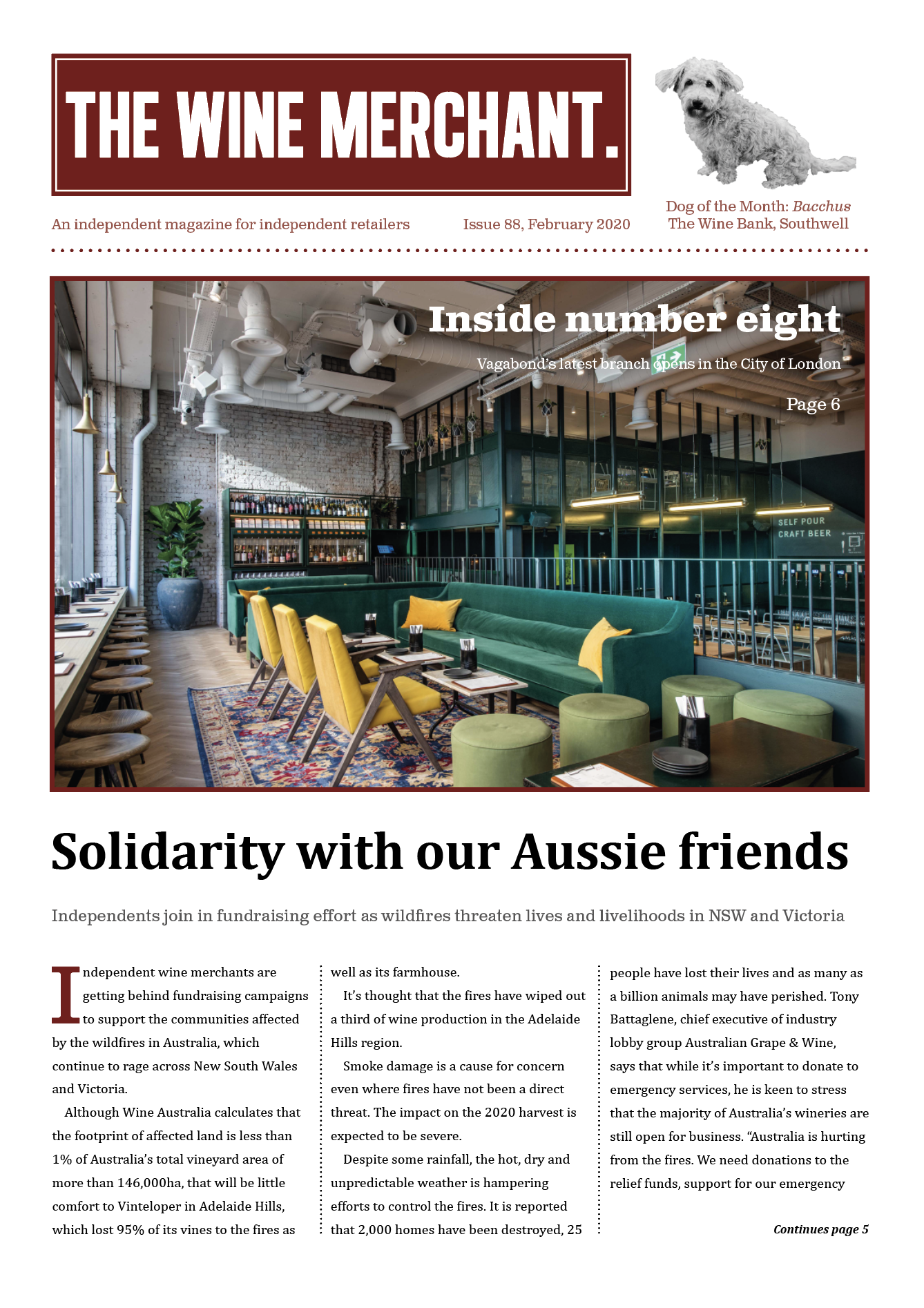 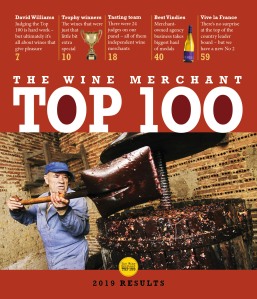 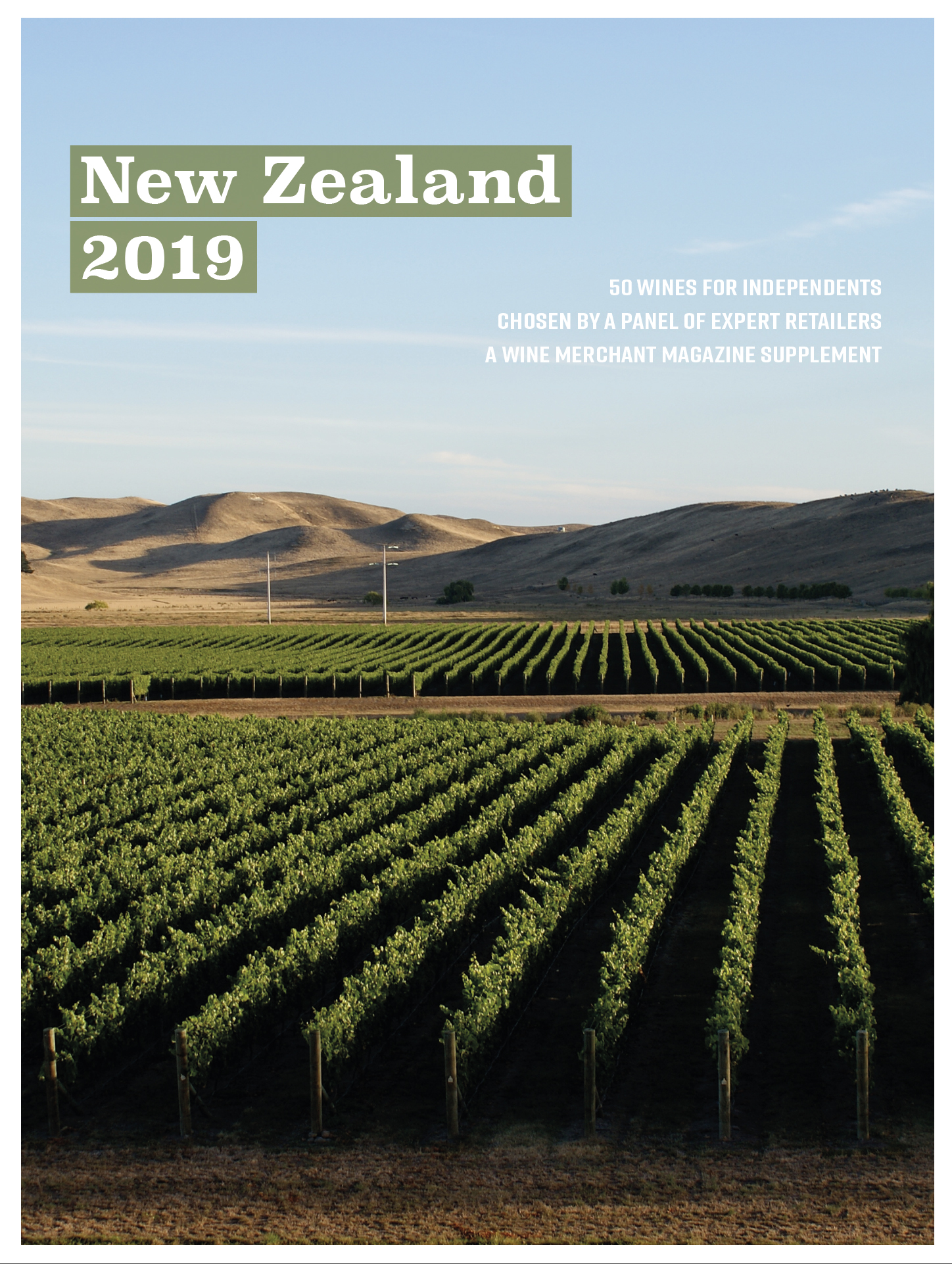