Malbec has grown up and found new ways to express itself, but that’s just a small part of the increasingly diverse wine scene on the eastern side of the Andes, says David Williams, who picks out four key trends in Argentinian wine

You can imagine it as an MW business of wine exam question: Is the dominance of Malbec in Argentinian wine exports an advantage or a disadvantage for the country’s wine producers?

Most answers, having paid tribute to the usual eye-catching statistic that Malbec accounts for around two-thirds of the country’s wine exports, would surely focus on the significant and obvious pro: having a flagship grape variety has only helped the country stake a claim on the UK wine market à la New Zealand and Sauvignon.

In the interests of balance, there would also likely be much lip service paid to the concept of over-reliance – cautionary tales of the rise and fall of big buttery Chardonnay and the slow drift of Pinot Grigio sales.

The smartest answers, however, would be more likely to invoke Burgundy: a region that has pulled off the trick of being simultaneously mono-varietal (in red wine) and noted for its stylistic diversity.

In other words: consumers are unlikely to get bored of a wine category which has diversified enormously in the past five years. Argentinian Malbec has never had such a broad range of winemaking styles and price points, from the almost Syrah-like herb-etched fine wine wildness of PerSe to the consistent entry-level excellence of Trapiche’s Melodias; and from the highland depth and power of Colomé up in Salta’s Calchaquí Valley, to the silky polish of Patagonia’s Bodega Noemia.

One of the most significant drivers in the developing sophistication of Argentinian Malbec has been the massively improved understanding of the varied terroirs of Argentina’s (and Malbec’s) most important growing region: Mendoza.

The differences between the region’s various sub-regions is enormous: going from the cool of Gualtallaray, the highest winemaking point in the Uco Valley at 1,600m altitude, to the desert-dry, warm traditional heartland of Mendoza winemaking at around 800m altitude represents a shift in climate and wine style as big as dropping down from the Alto Adige to Tuscany.

That range of climates (and soils) has traditionally enabled Mendoza winemakers, like their counterparts in Rioja, to blend, finding structure and freshness in the various sub-regions of Tupungato, perhaps, and richness and ripeness of fruit in Luján de Cuyo.

Increasingly, however, producers are looking to express sites in single-vineyard wines.
For now, the name of the producer – such as Catena (pioneers as ever of Mendoza terroirism, in Malbec and Chardonnay), Argento (the latter having just released the first of its Single Vineyards Projects, a Malbec from Altamira) Paul Hobbs (Viña Cobos has five single-vineyard Malbecs), Teho or Mendel may be more famous than their designated vineyards. But the likes of Los Indios (Doña Paula), Finca Bella Vista (Achaval Ferrer) and Nicasia (Catena) are fast developing cult status.

As important as it is to Argentina – with 22% of the total vineyard accounting for 38% of all red wine production – Malbec is by no means the only red game in town.

Although the gap has closed between the two countries in the past couple of decades, Argentina’s winemakers have always had a broader palette of varieties to draw on than their neighbours in Chile. But it’s only recently that this richer heritage has been turned into exciting wines with any degree of consistency.

One unlikely beneficiary of a change in attitude is Criolla Chica. Old vines of this once-derided workhorse are being used by the likes of Sebastian Zuccardi and Francisco Bugallo to make intriguing, vibrant, high-acid reds, a reputational reversal that is similar (if still somewhat behind in terms of numbers) to the work carried out in Chile on País (as the variety is known on the other side of the Andes).

Similarly, Bonarda, the second most-planted red variety in Argentina, has been transformed by the likes of Zuccardi (again), Alejandro Sejanovich, the Michelini brothers, Leo Erazo and others, who are using it to make something that retains the drinkability of traditionally rustic Argentinian Bonarda but with extra verve, brightness and vivid purity, pitched somewhere between Beaujolais and Piedmont in style (although the variety itself is not to be confused with Italian Bonarda, its origins instead in Savoie).

Finally, there is Cabernet Franc, which for many is the most exciting red variety in Argentina right now. It thrives in various high-altitude Argentinian vineyards in a way that is stylistically closer to Bordeaux than Chinon or Bourgeuil, with a high-definition clarity of red and black fruit in wines by Atamisque, Aleanna, Karim Mussi, Bodega Teho and Pulenta among others.

With around 18% of production, white varieties may never get the same share of the limelight as reds in Argentina. But recent rises in quality have in their way been just as impressive as the strides made in red winemaking.

The much-maligned Torrontés is emblematic of the progress made. There’s still a lot of soapy pot pourri around; but skilled, experienced winemakers such as Susana Balbo and Alejandro Sejanovich (Manos Negras), among others, are getting closer to perfumed genius: the aromatics are tempered, the tendency to phenolic oiliness reined in, resulting in wines of pleasantly floral aromatic crispness rather than overbearing flabbiness.

By far the widest planted white variety in Argentina, Torrontés seems destined to remain an acquired taste, however, no matter how sensitive the winemaking.

The same is not true of the second most popular Argentinian white variety, Chardonnay. Like Malbec, Chardonnay has been a beneficiary of two significant trends in Argentinian wine in the 2010s: the exploration and greater understanding of terroir (cf single-vineyard wonders from Catena and Cobos); and the more restrained and competent use of oak.

Also making waves among critics, albeit in significantly smaller quantities (there are around 650ha in the country) is Semillon. The likes of Matias Riccitelli and Noemia in Patagonia, and Mendel and Ricardo Santos in Mendoza, have all taken advantage of old-vine material to produce wines of scintillating energy and depth, while others (Susana Balbo Signature White Blend; Karim Mussi Paradoux Blanc NV) have combined it with Sauvignon for a memorable Andean take on the classic Bordeaux blend.

I was born into a wine family. My grandfather used to run his own winery in Luján de Cuyo and my father is a viticulturist who has his own Malbec vineyard. Wine’s influence has always been all around me.

In the UK, Bodega Argento is sold exclusively in the on-trade and independent sector.

Our winemaking philosophy started to change in 2012 as we planted new vineyards and managed them organically from the very start. We went from owning 44 ha of organic-certified vineyards in 2014 to 305 ha in 2019 – a figure which should rise to 435 ha by 2021. Bodega Argento is currently the largest organic producer in Mendoza.

Organic winemaking with less intervention produces more vibrant wines with greater fruit expression, personality, and typicity. Our focus was on getting the absolute best from our vineyards. Organic certification followed naturally as a result of our work, but it was not our prime objective.

We studied our soils using electrical conductivity techniques, and planted deep using rootstocks most suited to each individual parcel to give the vines a chance to really thrive. We studied plant species to surround our vineyards with the right trap plants, drought regulators and pollinator-friendly flower species. Our aim was to prevent problems at every stage of the vine growth cycle, and have as little as possible to do in terms of intervention.

The challenge is communicating how diverse the Argentinian terroirs, and the different regions that we have developed in the last years, are. We should show the UK our sub-regions of Malbec vineyards and explain the differences between Altamira, High Agrelo or Gualtallary, instead of only talking about Argentinian Malbec generically. It is also very important to explain the key differences between Malbecs made in, say, Mendoza and Patagonia, where soils and climatic conditions are so different.

We make a high-end Malbec from Gualtallary and single-vineyard Malbecs from Agrelo and Altamira. Comparing these 100% Malbecs shows how versatile and exciting Malbec can be, and how it can go beyond typicity to express the terroirs it originates from.

It is such an exciting time to be making wine in Argentina. Malbec is really coming into its own with high-end and terroir-led Malbec showing ever greater potential. Other varieties are also showing how they can shine in Argentina. Cabernet Franc has enjoyed huge popularity in our domestic market and is starting to make waves beyond our shores. Argentinian whites are also very exciting, either as single varietals or as blends. There is so much we can achieve individually and together as an industry.

From the Finca Altamira vineyard, at almost 1,100m above sea level in the Uco Valley. The combination of a top-quality vineyard site with sustainable winemaking practices that respect the uniqueness of the terroir results in a beautiful Malbec of incredible fruit purity, intensity and freshness.

From our organic vineyard in Alto Agrelo, this wine is voluptuous and boasts a very aromatic palate with raspberries and herbs. It has powerful tannins, a good weight mid-palate, and a long and vibrant finish. Cab Franc has huge potential in Argentina. This is a beautiful, ripe, elegant wine with tonnes of character.

The grapes come from our own organic vineyards. Grapes are hand-picked and then pressed at very low pressure to avoid colour and separate the juice. The result is a delicious, juicy white Malbec with citrus flavours and green apple aromas. The palate is vibrant with balanced acidity and a mineral, refreshing finish. 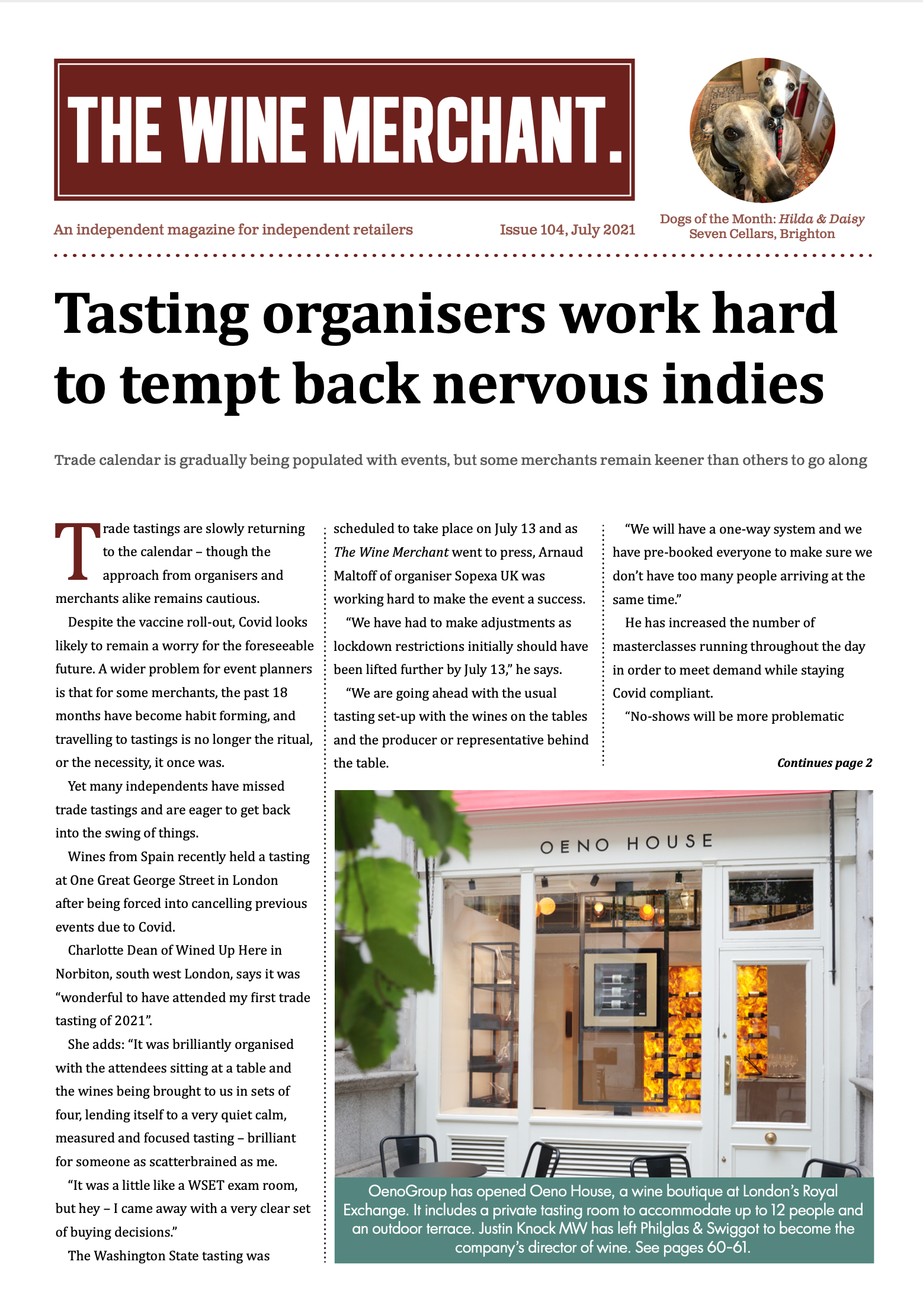 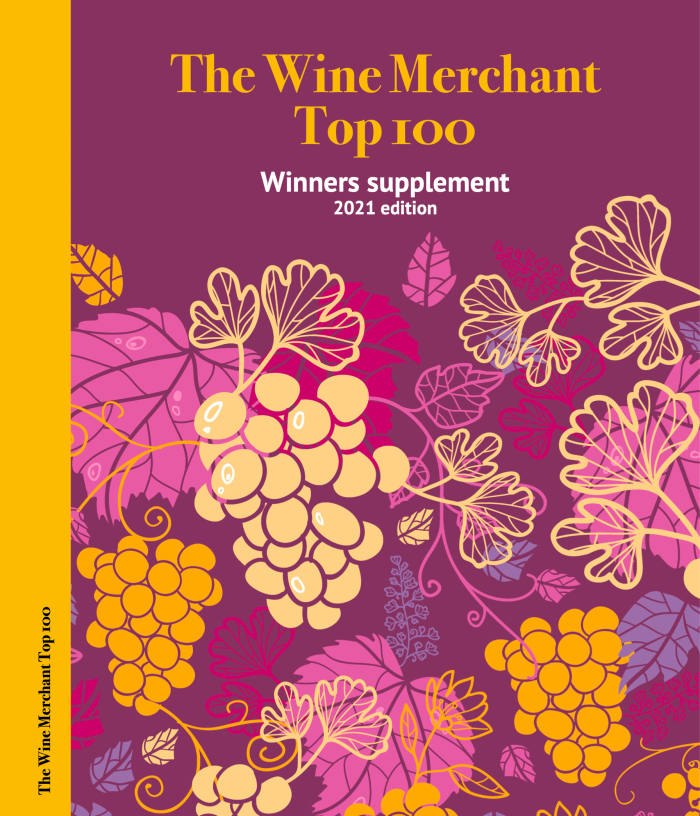